With the two works: “ETERNAL RUINS” (2020), 240 x 144cm and “THERE IS BEAUTY” (2020), 240 x 154cm, I am participating in the exhibition “Temporality” in Kyiv, from the 16th of February to the end of April 2023. This exhibition will then travel through Europe to be presented in different cities during 6 months. A charity auction (September-October 2023) will be organized by DTF (Don’t Take Fake/ Agency). The totality of the profits of this sale will be given to the Ukrainian artists and artistic institutions of the territories occupied or seriously affected by the war. 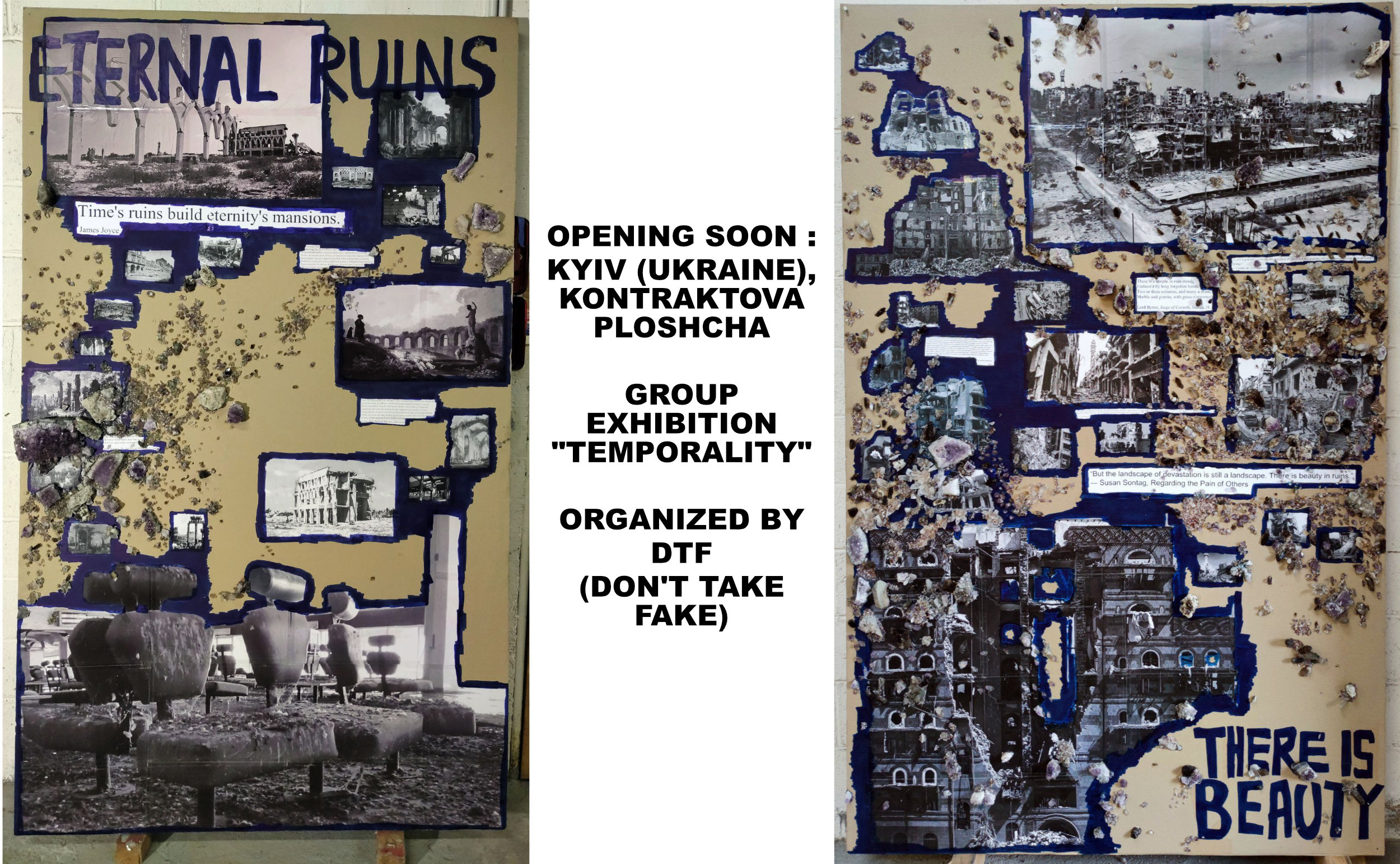 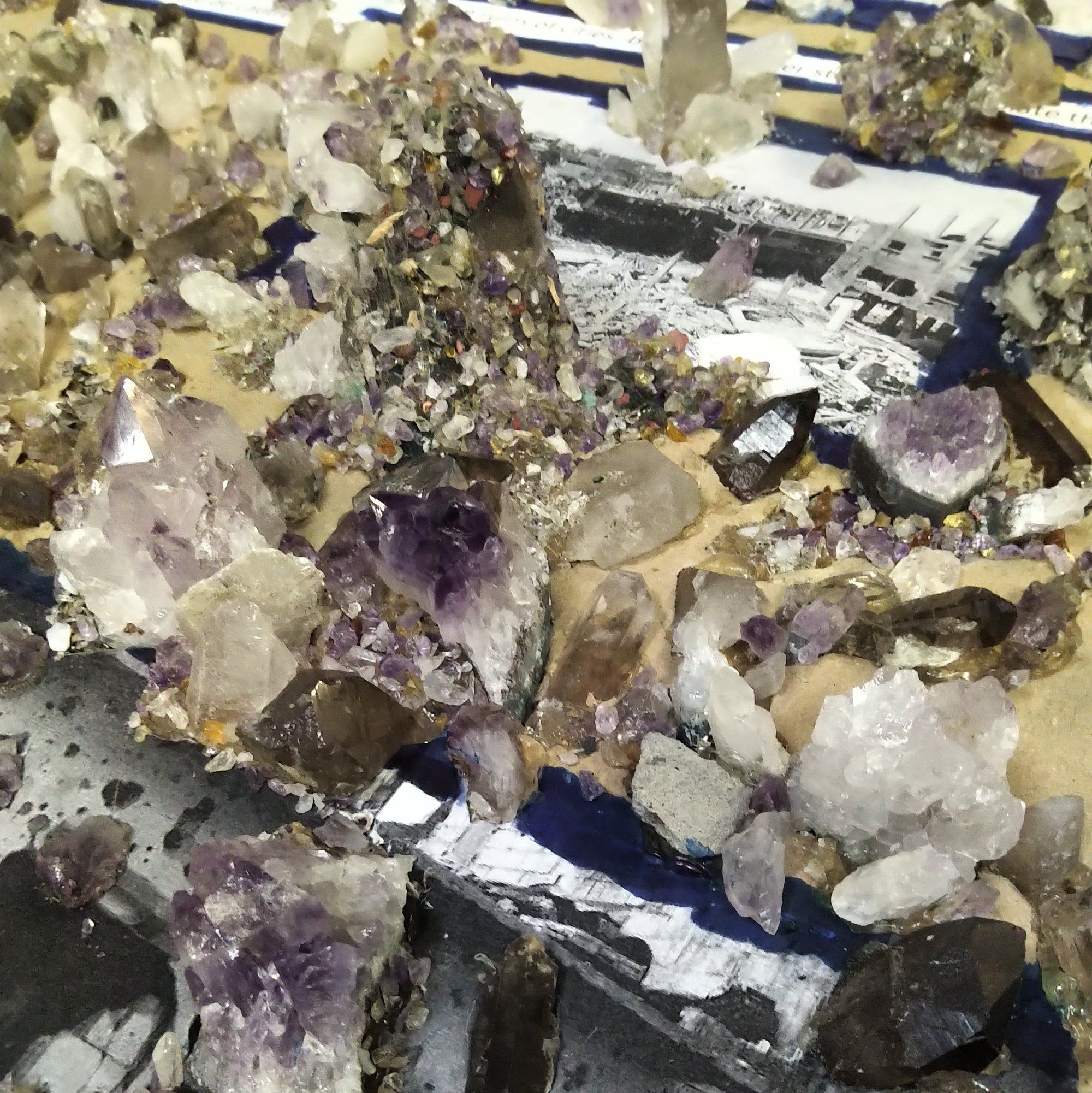 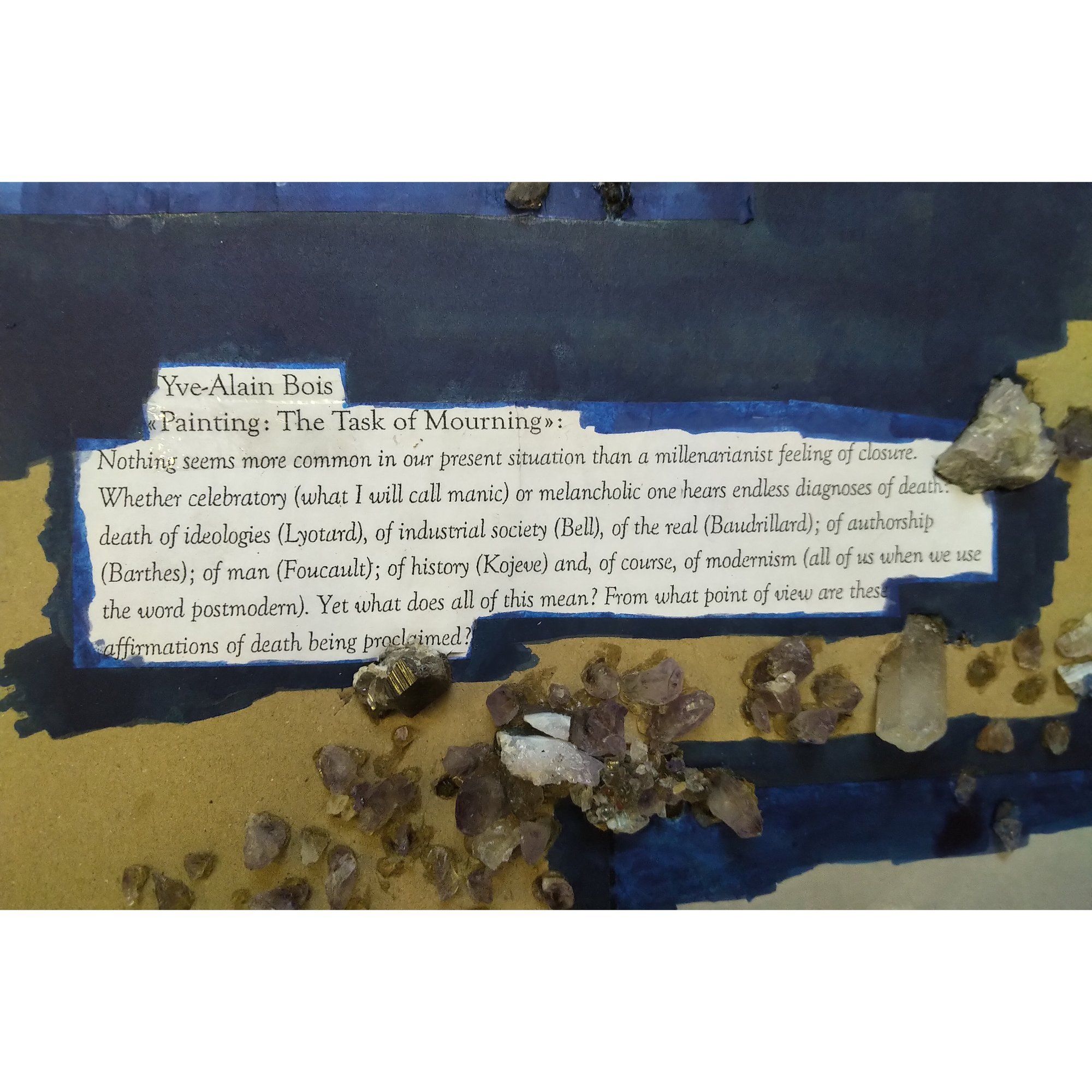 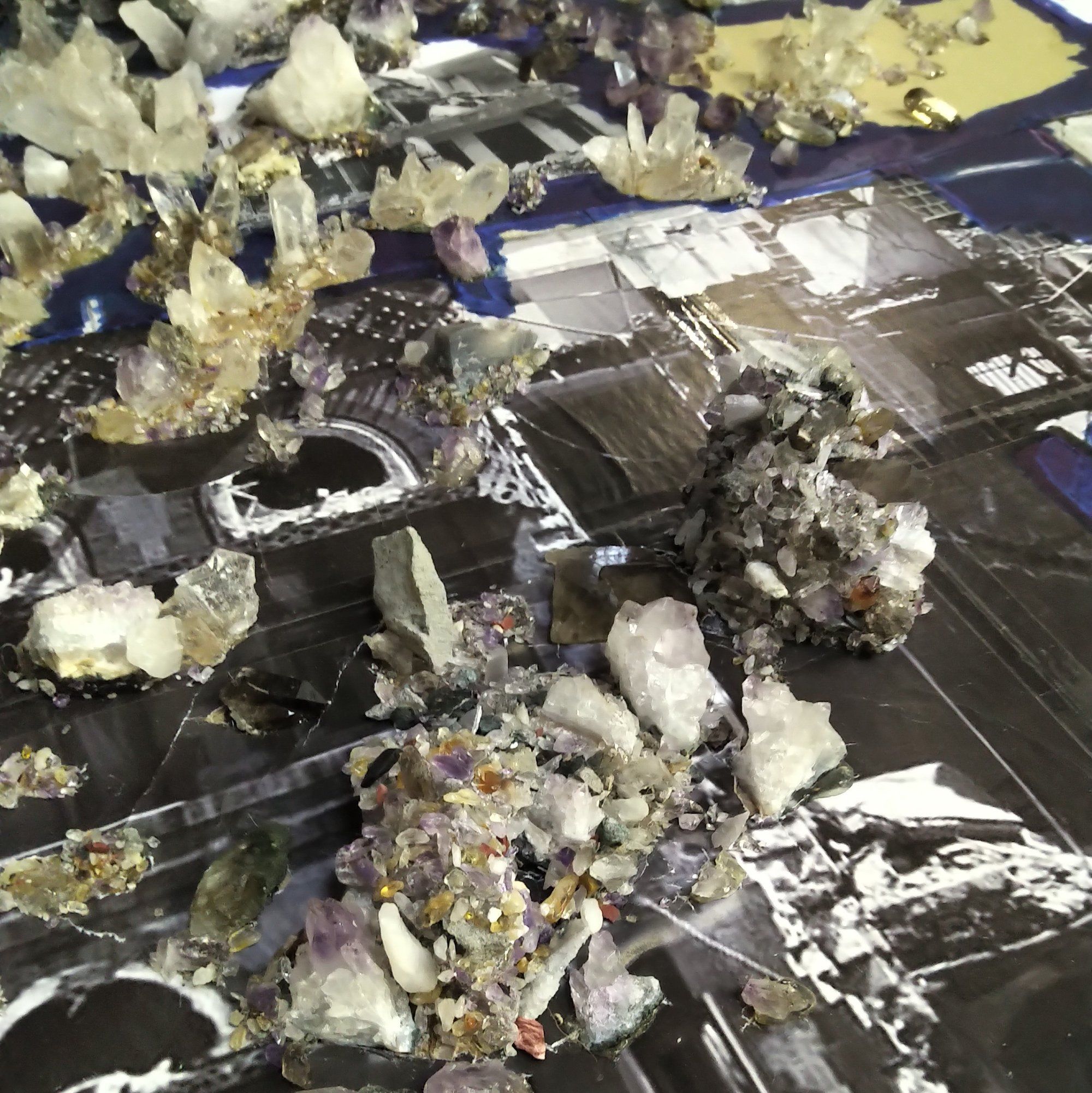 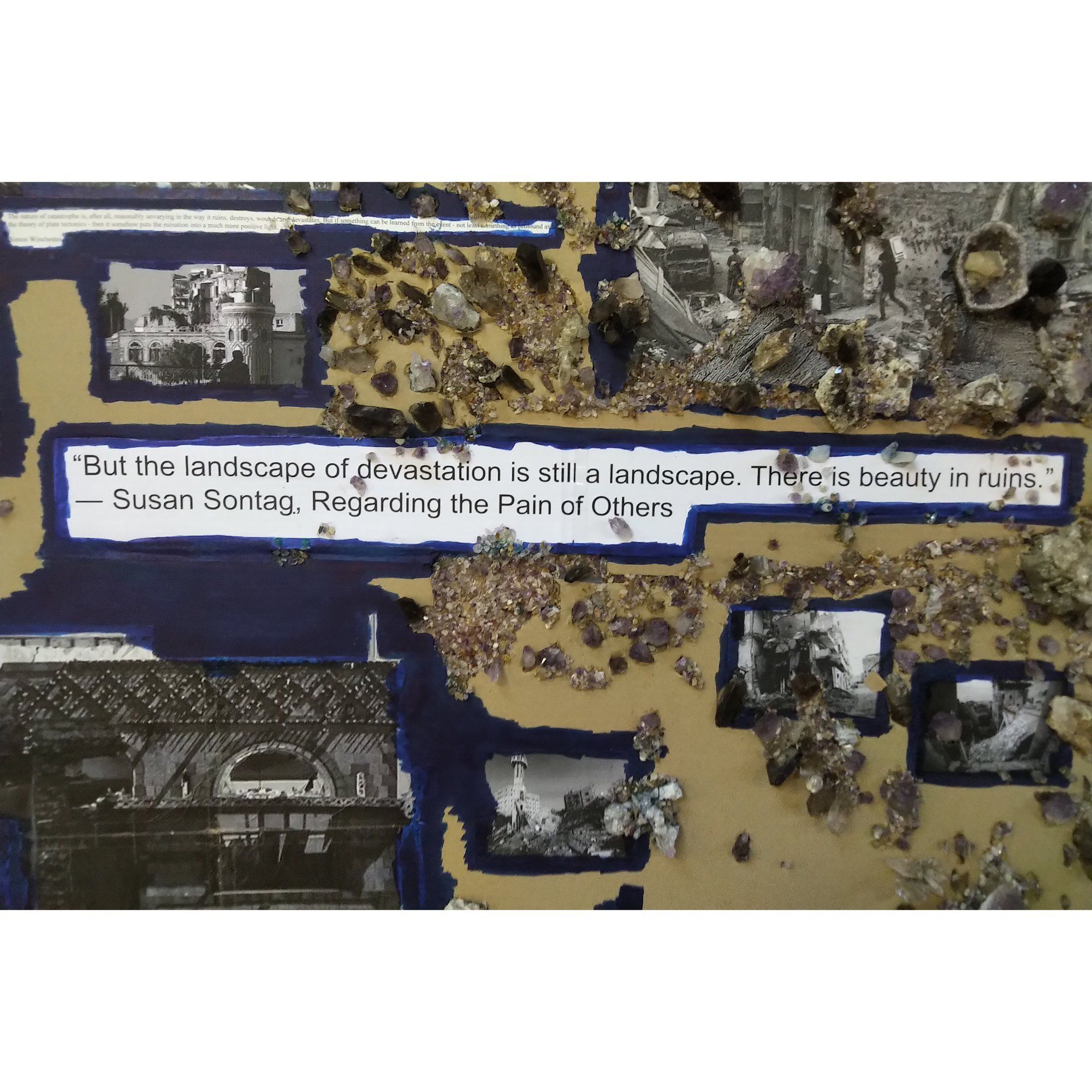 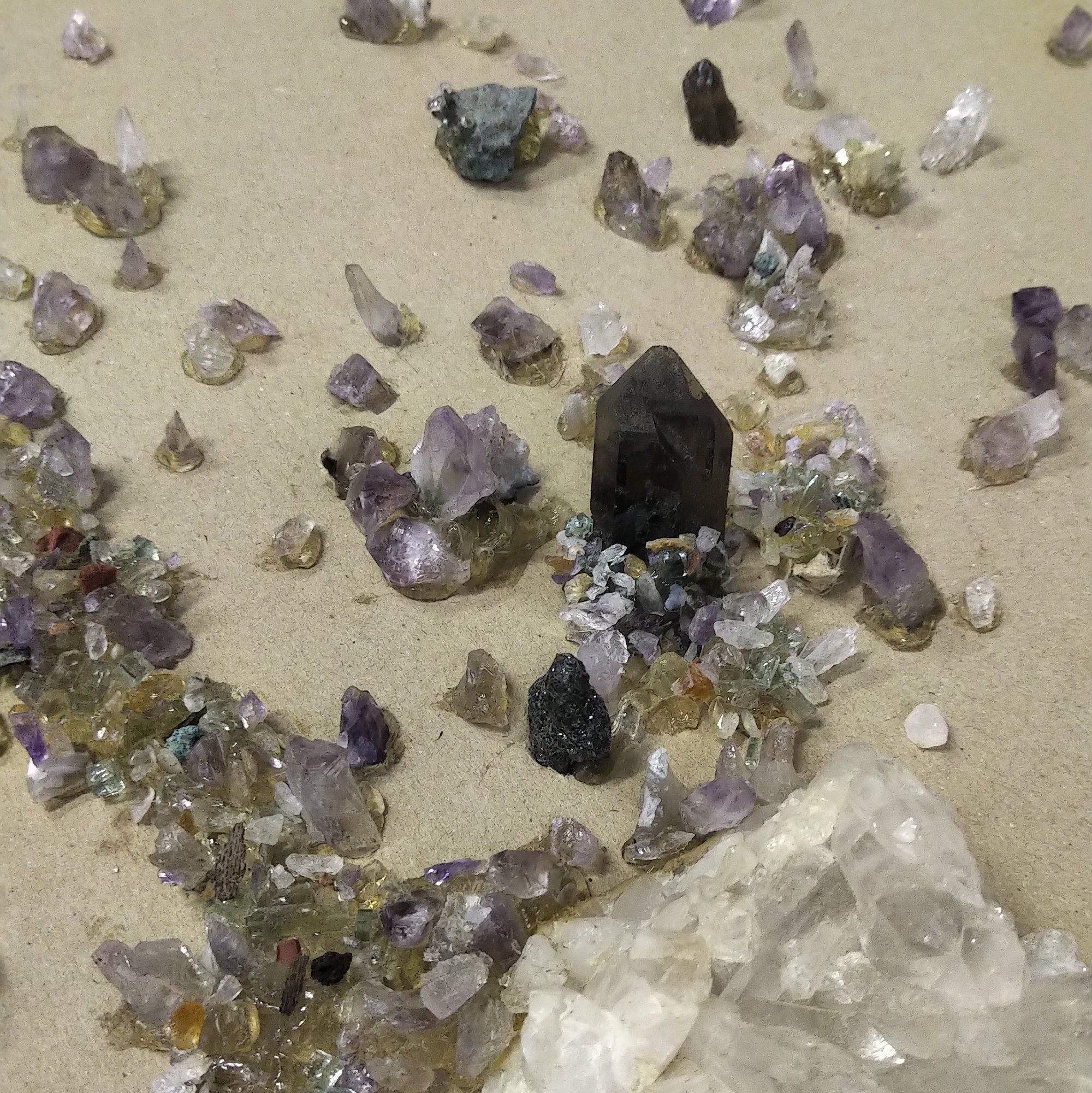 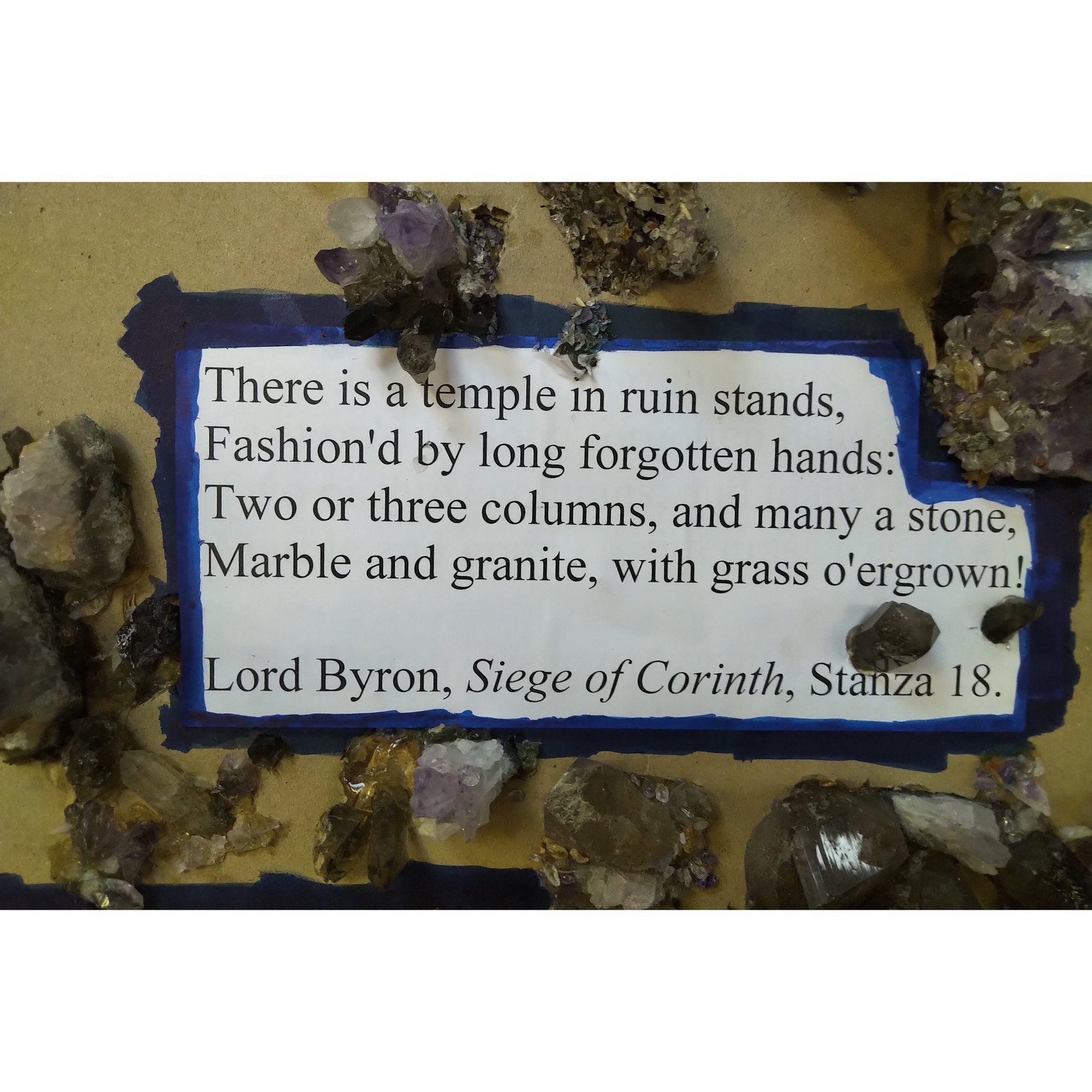 A ruin is a form, it is an eternal form. A ruin – as a form in the world, in this fragmented world – is to consider as a constitutive element of time, the past, the momentaneous or the future time. A ruin shares with all other ruins the quality of being a ruin. Each ruin embodies the dimension of time as such. Each ruin reaches out of time and signifies the ‘Eternal’. Each ruin says something, each ruin is the form of its own disaster. Each ruin has its specific reason for being a ruin and its own History in becoming a ruin. Today, we are living a time of incredibly increasing contemporary ruins. Hence my interest in this redundancy of ruins, every day anew, and my preoccupation in today’s ruins – including the antique – beyond their aesthetic or fetishistic approach. To give form with and through the topic of ‘Ruins’ is a longtime interest I have been working on with the will to establish a critical corpus – the core of an artistic practice. The beautiful quote from Antonio Gramsci’s “Prison Notebooks”: “Destruction is difficult; indeed, it is as difficult as creation”, is my guideline.
The crystals – as motif – I glued on the posters stand for two opposite dynamics: one is the crystallization of the ruins, making them – as minerals – part of the process of transformation into a crystal. The other is to put the ruins – as stones – in the perspective of the dimension of time, of timelessness, of eternity. This motif is an assertion, a ‘setting’ and the motif is love, love of timelessness and love of the form this timelessness creates. As a motif, ‘crystal’ is the dynamic which links, and which puts light – a new light – on everything. 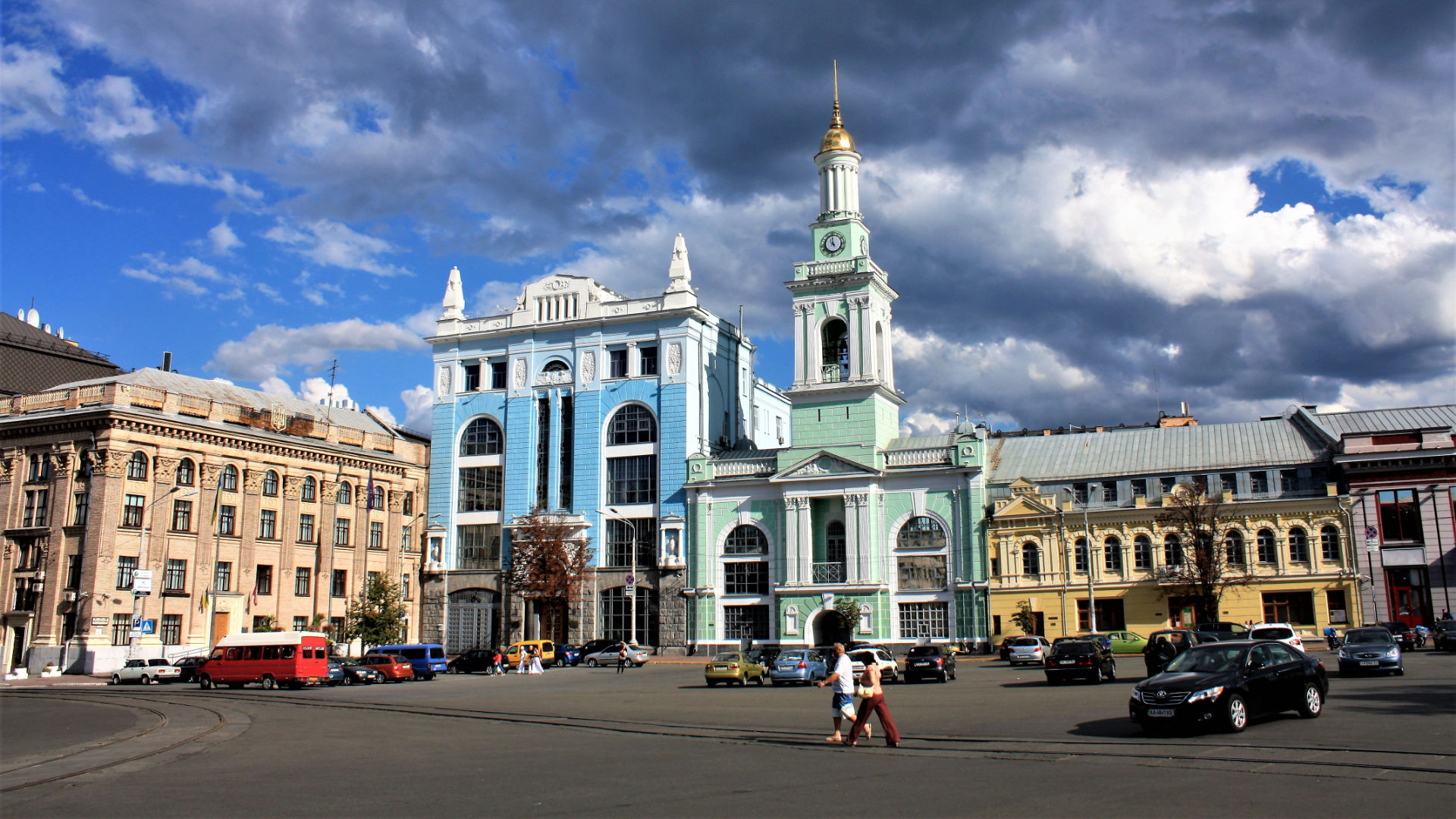 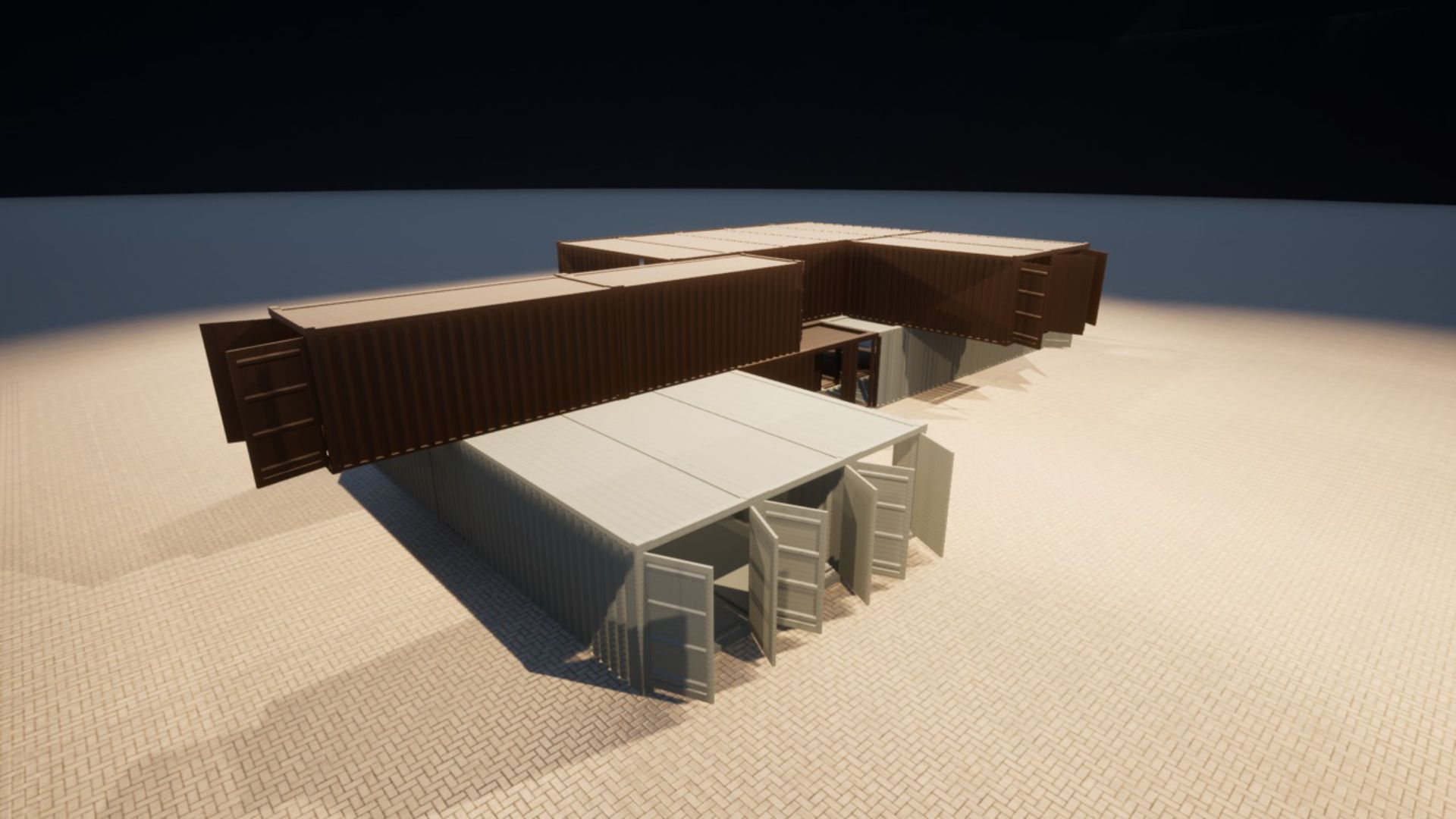 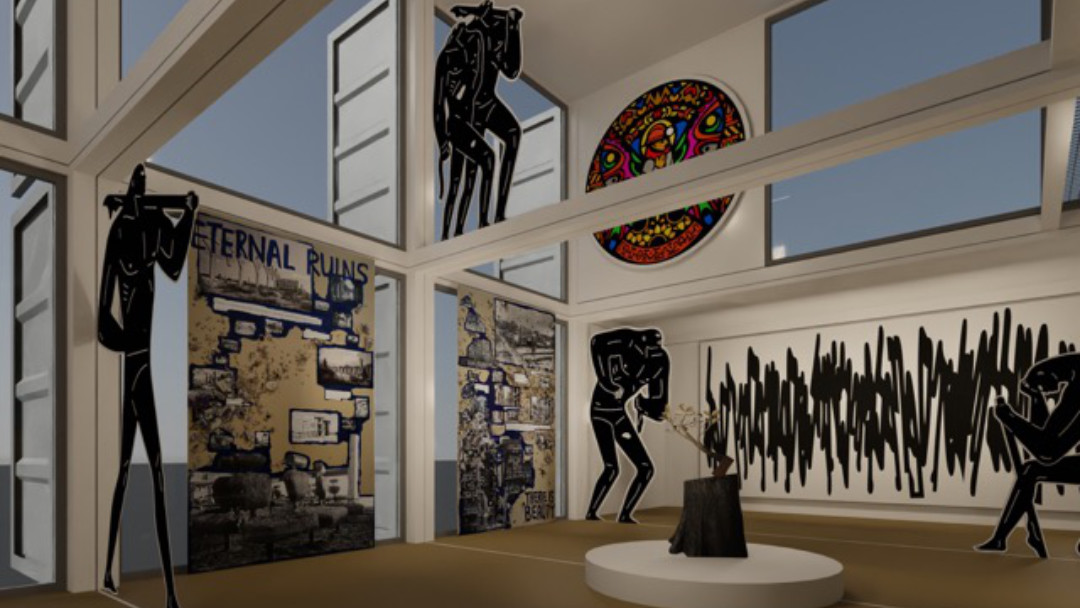 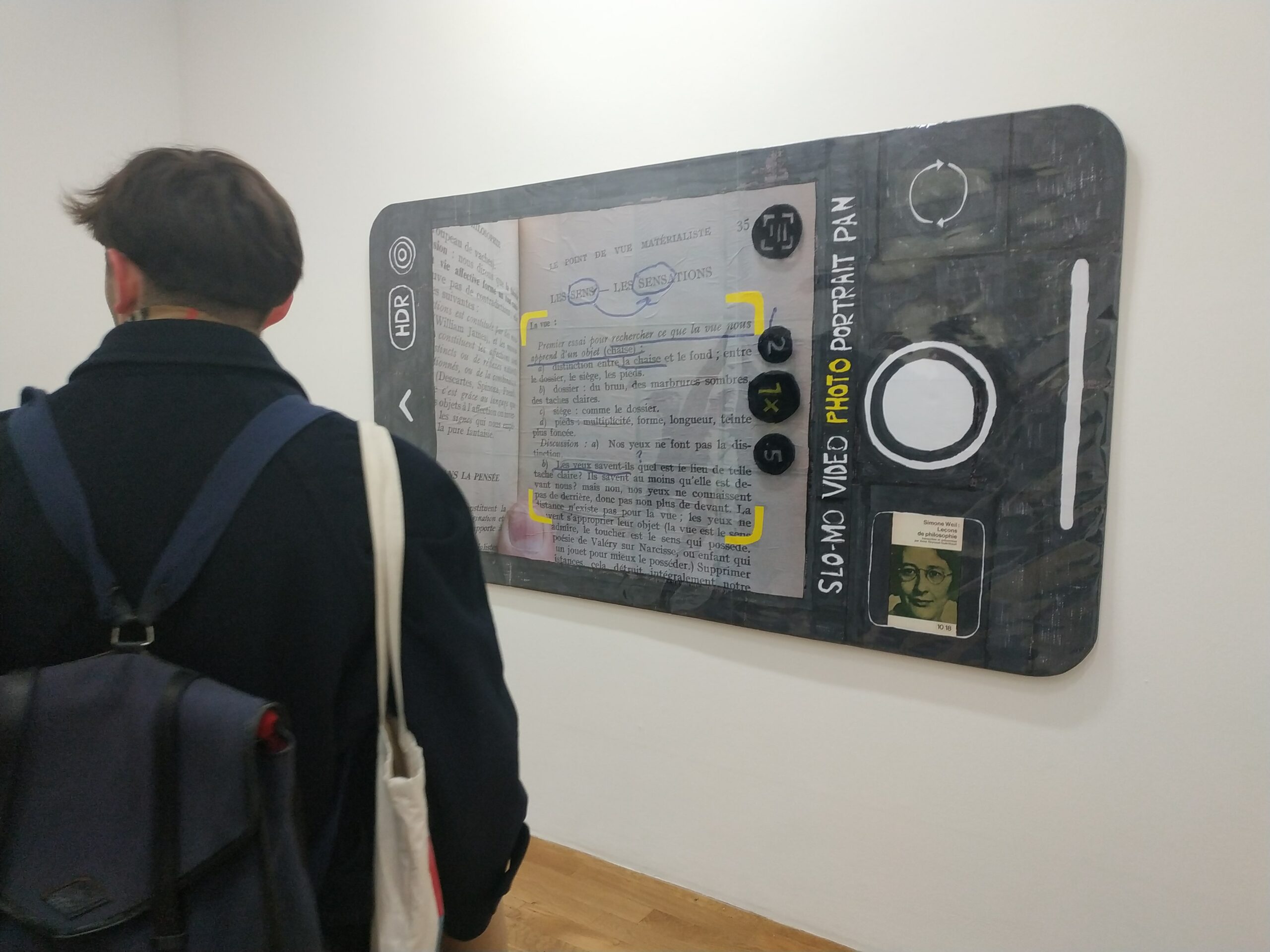